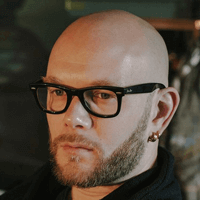 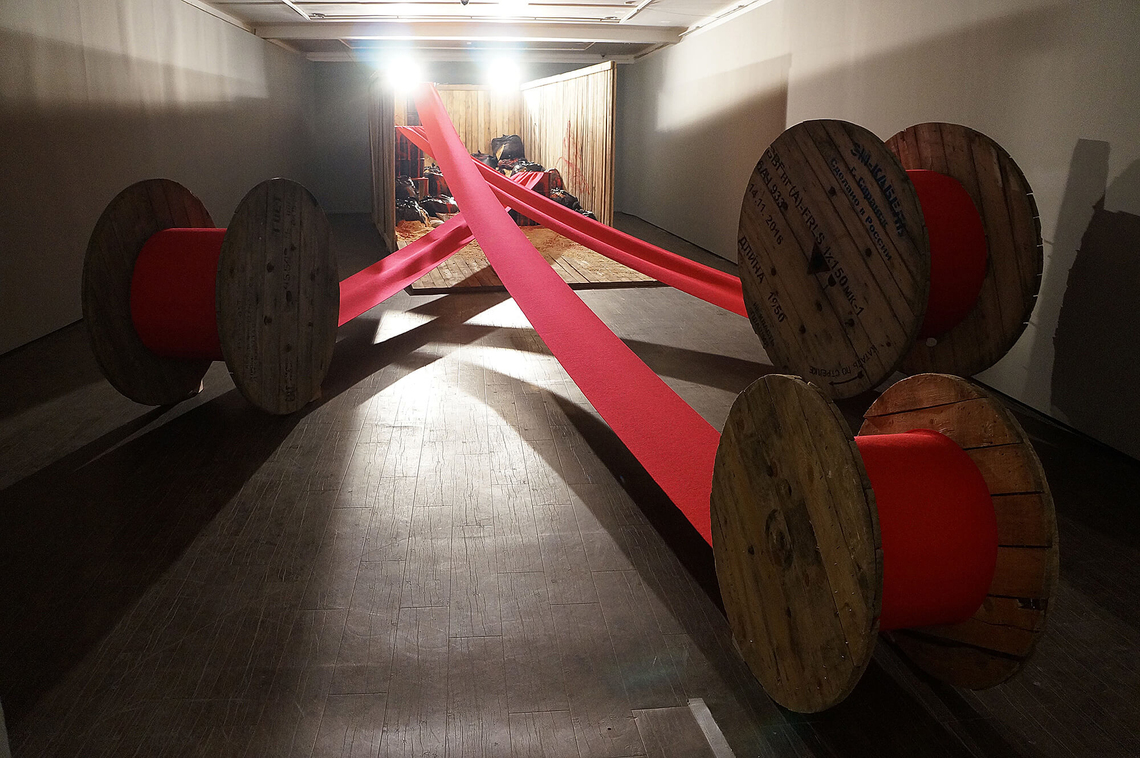 Ivan Plusch installation «Red Strand» shows Russian political regime as a character. Red strands of fabric are painting itself in red color again without understanding of being not faded yet. Sometimes the red paint is spilled on sawdust leaving pink spots on them but this will be hidden soon: we can see bags with new sawdust nearby. Regime is the people who as in the other works by Ivan Plusch turn to be the set of sprawling stripes: on the canvas in the paintings and in the space in the installations. Devoid of their own face, mixed between one another and the situation they turn to be a stripe of fabric painted itself into the cult color of the previous political period. Has the regime in Russia changed  or that was just a mask put on for the short period of time?

Red fabric stripes are coming from the tanks which reminds the tanks for the natural resources transportation and are winded on cable reels, which symbolize the communication and the spread of the Information, the attempts of its limitation and patriotic propaganda. Two main basic things for this regime are the propaganda and natural resources.
By entering the hall the viewer is met by two projectors which meet him as he or she enters interrogation room making him feel guilty just because of the fact of watching: is it possible to watch and to talk about regime so directly? Projectors are situated on the big wooden crate reminded room for execution or barracks of prisoners: regime takes its power from the prohibitions and accusation. Installation asks question about Russia tuning back to the past of despotism and violence. 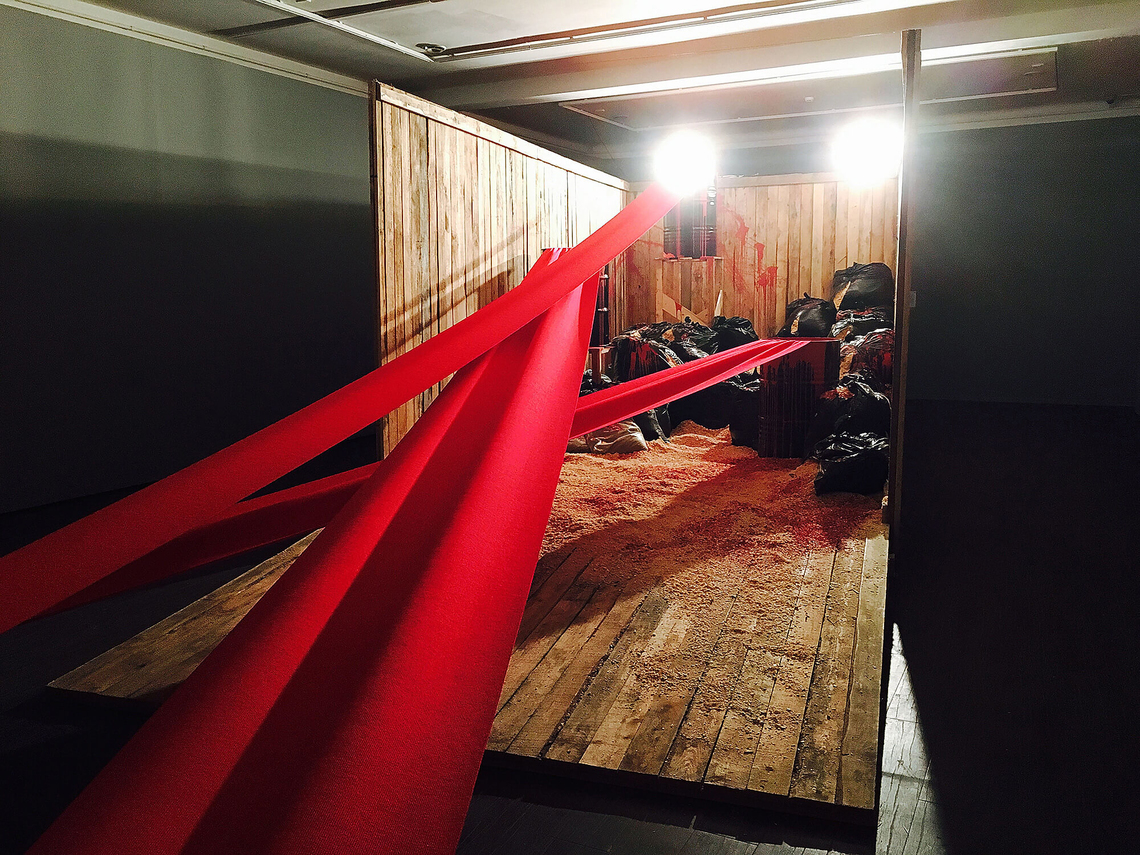 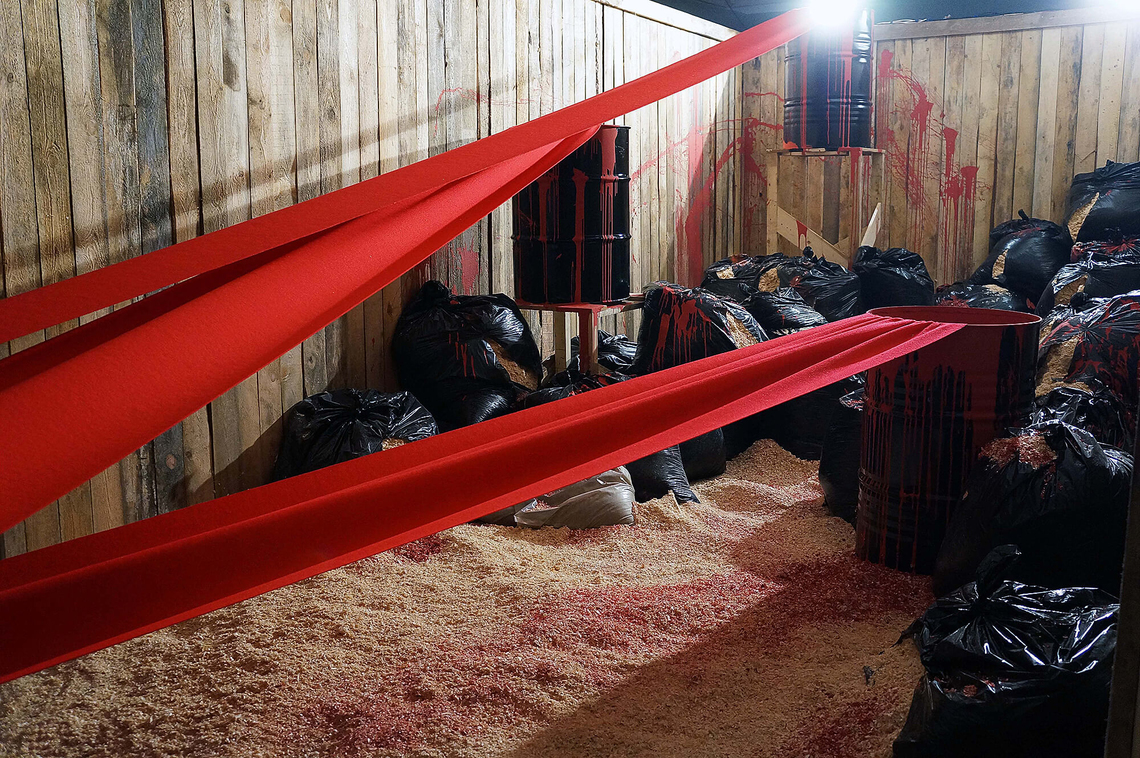